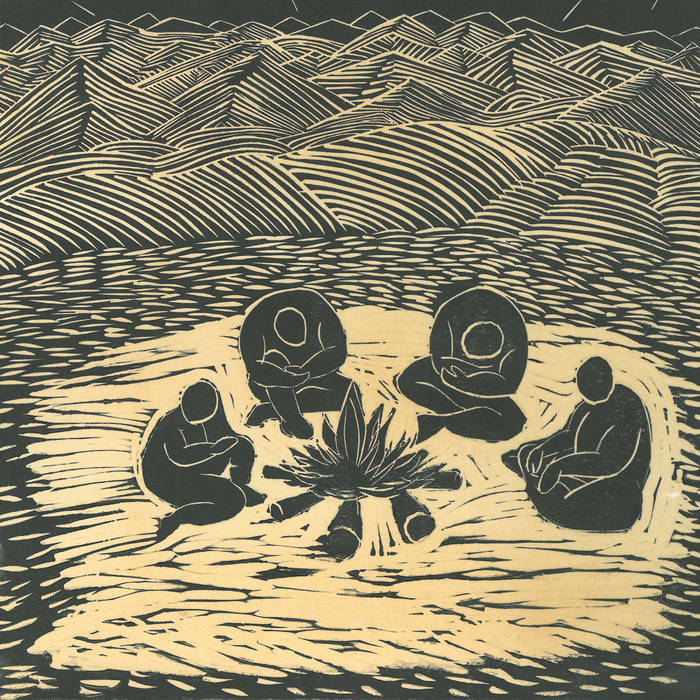 George Fox This mesmerizing album is full of wonderful contrasts: futuristic and ancient, synthetic and natural, gestural and textural. Favorite track: To Earth.

mainlymane Saw these guys at womad 2017, hands down the best performance of any act i have ever seen. will stay with me till i die. Fantastic.

Leonardo Sullivan l have to say it has become my favourite album thus far in 2017 The previews on the artistes page are spot on. Thank Ariwo a fantastic work of art. Favourite track: To Earth.

'To Earth' - Phonica Records Top 50 Tracks of 2017
----
★★★★★ "One of the most exciting underground acts of the moment. A truly original debut album" [Twisted Soul]
----
★★★★ "Dark, mesmeric, uplifting and danceable; you won’t hear anything else like it." [Evening Standard]
----
★★★★ "Gloriously mystical soundscapes" [Songlines]
----
"Formidably integrated. A sonic terra incognita guided only by a hypnotic and dubwise focus on forward motion" [The Wire]
----
“A bold, standout statement with some high-def drum work” [Bleep]
----
“A soundscape that was paralyzing & moving all at once” [Pitchfork]
----
"Music that's often rhythmically dense and hypnotic, but also haunting, melancholic and strangely intoxicating" [Juno Records]
----
“Their fusion was an instant success, each track spinning out with a psychedelic edge" [Resident Advisor]
----
"One of the best things I’ve heard all year" [88.Nine Radio Milwaukee]
----
"Ariwo tap into ancestral energy with ferocious execution" [Stamp the Wax]
----
“Very beautiful atmospheric feeling. The kind of stuff I would put on at DeepSpace” [Francois K]
----
"Ariwo means noise in Yoruba, and what a stunning noise it is" [Rhythm Passport]
----
"Ariwo trasmette una genuinità senza confini, delicata e con ampio margine di crescita" [Blow Up]
----
この圧倒的な酩酊感を味わいながらひたすら漂っていたい。[A4 Copypaper]

Ariwo are a Cuban/Iranian four-piece focused on intersection between electronic and ancestral music.

Bandcamp Daily  your guide to the world of Bandcamp